The Printed Circuit Board History of the PCB (一) 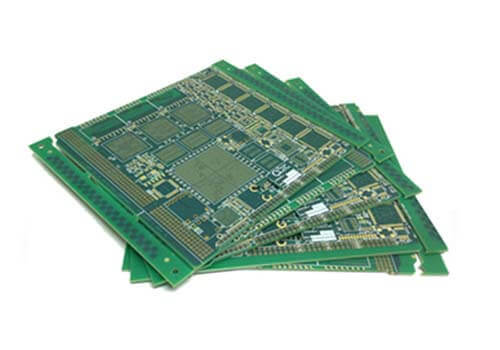 To define what a PC board is, we have to look back at history that traces the evolution of printed circuit boards. The first PCB patents for "printed wire" were issued in the early 1900's but PCBs that we would recognize first came into use after World War II. In 1925, Charles Ducas of the United States submitted a patent application for a method of creating an electrical path directly on an insulated surface by printing through a stencil with electrically conductive inks. Hence the name "printed wiring" or "printed circuit." An Austrian scientist, Dr Paul Eisler, is credited with making the first operational printed wiring board in 1943. It was used as a replacement for bulky radio tube wiring.

The earliest PCB's (printed circuit boards) were made from materials like Bakelite, Masonite, layered cardboard and even thin wooden planks. Holes were drilled into the material and then flat brass "wires" were riveted or bolted onto the board. Connections to components were usually made by pressing the end of the brass trace onto a hollow rivet and the component's leads were simply pressed into the open end of the rivet. Occasionally small nuts and bolts were used in place of the rivets. These types of PCBs were used in early tube style radios and gramophones in the 1920's.

By the 50's and early 60's laminates using different types of printed circuit board resins mixed with all sorts of different materials were being introduced but the printed circuit board were still single sided. The circuitry was on one side of the board and the components on the other. The advantages of the printed circuit board over bulky wiring and cables made it a prime choice for new products being brought into the market place. But the largest influence on the evolution of the printed wiring board came from the government agencies responsible for new weapons and communication equipment. Wire ended components were being used in some of the applications. In the beginning the leads of the components were held in place on the board by using small nickel plates welded to the lead after it was placed through the hole